A Fraught Story “Based on True Events” Where the World Ends

Sometimes I read a premise and am captured by the uniqueness of the circumstances. Where the World Ends is just such a book. The cover didn’t really wow me, the title is attractive but could mean almost anything. But tell me that a group of men and boys are put ashore a sea stac to harvest birds for food… and no one returns, and I’m there! I needed to know why.

Did Where the World Ends ratchet up this Fangirl’s tension?

What you have been reading is a true story … and there again, it’s not. Fiction is elastic: it stretches to encircle true facts and then crimps them into shape to create Story. The truth is that a party of eight (not nine) boys and three men went over to Stac an Armin, also known as Warrior Stac, from Hirta and were marooned there for nine months.

Where the World Ends, Geraldine McCaughrean

I’m actually not a fan of based on true events books. But my book club is so I’ve read a number of them. They can be quite boring as the author went to a lot of trouble researching and wants to include everything they learned. Even the boring bits. While Where the World Ends includes some religious talk that fits the historical time I was never bored. In fact, I became quite caught up in their circumstances and the mystery of why their family didn’t return to pick them up.

The fowling on the stac made for some intensive Scottish culture.

The boys went with these 3 men to do a man’s work that only a boy their size could do. Harvesting these birds would maintain their families food source and buy them much needed supplies from the mainland. I found learning about fowling was neat but harsh too. We meet all sorts of birds that would have been there and the picture glossary in the back was great. I really enjoyed this glimpse into Scottish culture. Island life in the 1700s wasn’t easy and we get a taste of what it took to survive.

Quill made for an oddly brilliant view into this experience.

Quill has a sweetheart back home, or at least a girl he’d like to be his sweetheart. She keeps him company in his head, and it’s sweet and odd and necessary. With the superstitious nature of people during this time a mob can quickly be stirred up. This happens with the boys and Quill has a super power to get them to calm down. I won’t tell you what it is but it really made him stand out to me. He befriends a bird at one point and the tragic end of that friendship is heartbreaking. To say Quill made the book for me is putting it lightly. I’m glad he has a happy end of sorts.

Where the World Ends is crazy, extreme survival of the fittest.

Of course, Quill isn’t enough to sustain such a story alone. This is about the group and while his place within the group is neat the other characters are major factors. Three adults go to supervise the fowling while the nine boys are the workforce.

The adults each influenced the group in fascinating ways.

Each man who went along was different. We have the older, very capable man who is always a calming influence. We have the religious nutter who was a nobody back on land but sees an opportunity to seize power. Then we have the mentally weak man who is a lovely teacher and mentor to the boys but can’t take the pressure. Each influenced the boys and Quill in different ways adding tension and depth to what could have been a story about mob mentality. And instead was nuanced survival.

The boys made survival essential.

This group of nine boys represented an entire generation of men for the island. If they perished the town perishes with them. I really appreciated the stakes especially as I got to know each boy. I liked Quill’s best friend and his advice about woman. John’s secret makes for a big power play later. Kenneth adds that bully element. And we have the younger boys who were there to be trained up. Davie, being one who looked up to Quill, about broke my heart. When the story ends I was horrified and shocked like the boys… though it made total sense what happened.

Where the World Ends tells a true story as it may have happened during a time in history when survival was a day to day affair. In order to have enough food and goods to trade a group of boys and men go out to sea to harvest a sea stac. It’s fraught with tragedy, endurance and savage beauty.

This site uses Akismet to reduce spam. Learn how your comment data is processed.

Welcome to my book blog! 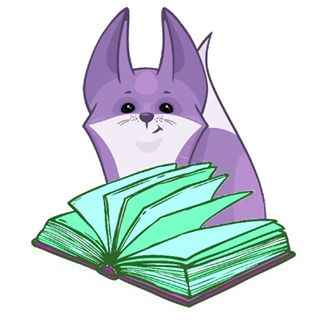 Hi! I’m Dani and I want to be a writer when I grow up (when will that happen?!) Until then I’ll blog about my eclectic reading tastes. If I love it you’ll know it as I can fangirl with the best of them.

Not here? Search for it!

Copyright © 2014-2020. Do not use text or images without permission from Perspective of a Writer. Excerpts and links may be used, provided a pingback and proper credit is given. Many thanks!